Matt and I think the fact that people down here are calling the potential of one-inch of snow ‘the storm of the century’ is a riot. Libraries and schools are closed today. To be fair, the counties don’t have the equipment to deal with any snow and ice but, to northerners who grew up in New Jersey and New York and then spent 7 years in Cleveland, OH with occasional sub-zero temps, it doesn’t even feel like winter here.

On Monday, Matt drove 3.5 hours south and took the prop shaft to some experts. It is slightly torqued and, although it is possible to try and straighten it, why get a new engine and keep a slightly bent prop shaft? No doubt this has been part of the vibration issue. We now have a new one and a new coupling and, once business opens again, the work of putting the whole thing back together will begin. Since the boatyard doesn’t do much on the weekend, Matt was able to come with us as we did some sightseeing. The first stop was Angel Oak, a live oak thought to be between 400-1,000 years old. The trunk is 25 feet in circumference and the longest limb is 90 feet long. It is, in a word, spectacular. 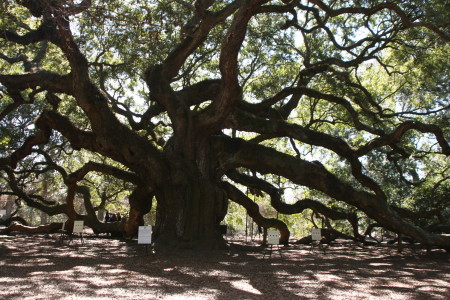 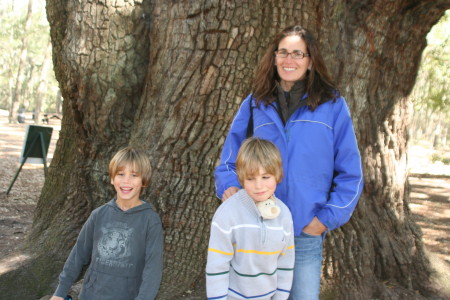 After that, we drove to the Charleston Tea Plantation where we saw acres of tea (camellia sinensis) being grown and received a tour of the plantation and saw the factory processing of tea. It was amazing. One of the things I want the boys to see is how things are made (earlier calls to paper and steel companies in Georgetown didn’t result in any tours). One thing we learned is that decaf tea goes through a crazy chemical process (isn’t ethyl acetate the same stuff found in nail polish remover?) to remove the caffeine so, unless you are drinking organic, dump the decaf! 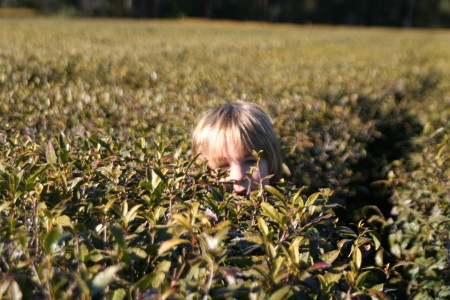