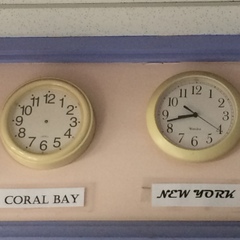 You know how sometimes you work so hard for something and you finally attain it only to realize it’s something of a letdown and you’re somewhat disappointed? Yeah, well, there is NONE of that going on here. We are finally here and I am soaking it in. Joshua tells me today that he loves living on a boat; Malachi says he remembers nothing of our boring previous life. I have banned any complaints during our time down here. 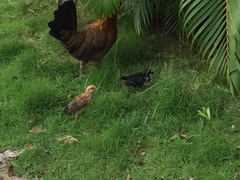 The boys love all of the roaming hens and chickens

Matt, on the other hand, is in a bit of a funk. I think he is still coming down from the excitement and drama of the passage. He says he sometimes feels down after accomplishing a goal. I try to empathize but I don’t get it at all. WE ARE FINALLY HERE! I decide to give him a week to recover (and then I may have to shake him).

Over our days together, more stories trickle out about the passage down. The moment Matt completely lost all faith in the captain was the day the guy was insisting that AA batteries were AAA. 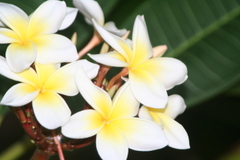 As Matt put it, “I don’t care how adamantly you proclaim it, it doesn’t make them AAA batteries.” [To his credit, the captain did do a good job with provisioning and meals, as well as tying things down on deck]. I’ve realized (again) how well Matt and the crew did on the passage. There were plenty of other boats that arrived with various types of damage (nonfunctioning auto helms, torn and damaged sails, broken water pumps or steering cables).

The boys continue to be the best of friends. Their skirmishes are infrequent and short-lived. They rarely tire of each other’s company and are incredibly compassionate, caring and supportive of each other. This was perhaps best illustrated the other day when Malachi (who is sensitive to noise) was drying his hands under the hand dryer in a public restroom. Joshua stood behind him covering his ears for him.