The boys and I left to come back to MD on August 21. Part of the ride down was creepy. At an exit near the start of MD, I pulled into one of those big service plazas and drove by the food area to get gas. I parked at the pump, started fueling and got back in the car. I usually lock the doors – especially when the boys are in the car. I was turned around talking to them when I noticed that a huge pick-up truck had pulled up between us and the set of pumps to our right. It was a narrow drive-thru between the two sets of cars so I wasn’t sure what the person was doing. Then I noticed there was a guy in the truck and he was just parked there – staring at us and seeming to scope us out. As soon as I noticed him, a chill went through me and I just had really bad vibes about him. I was starting to get nervous.  I kept talking to the boys while I tried to figure out what was going on. I had my shades on so he couldn’t see where I was looking. After about 5 minutes, he pulled through and around and parked on the other side of my pump and was just sitting there – his motor was running and he didn’t get out to begin pumping gas. I kept looking back as if I were checking to see if the tank had finished yet. Every time I looked back, he pressed himself against the seat to hide but I could see that he just kept staring at us. I could also tell by his body language that he was very amped up – he looked full of adrenaline. Now I was becoming terrified. I had already sat there for about 10 minutes and wasn’t sure what to do next. I finally jumped out, locked the doors and ran to the car on my right where a guy was pumping gas. I leaned into his window to tell him what was going on. When I looked up to point to the truck, the creepy driver hit the gas and squealed out of the gas station. I asked the second driver to just wait until I was finished disconnecting the pump and was back in the van. I drove around the plaza to see if I could find the truck and get his license plate number but it wasn’t anywhere. As we left, I couldn’t help but feel we had just avoided something serious.

I took the boys to Hacklebarney Park – a place where I grew up visiting. It was fun to see them have the same experiences I did. And it’s a gorgeous area. 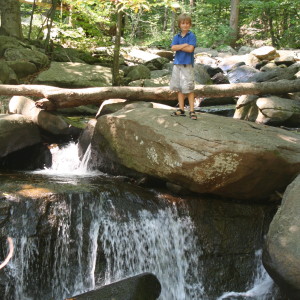 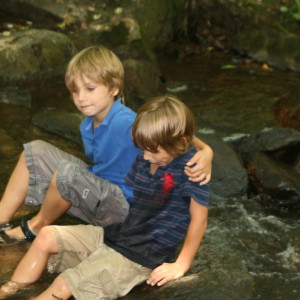 Maybe no one else finds this as cool as me, but when we in NH my sister had a new method of making little glass bottles of colored sand. She put salt on several different paper plates and then had the kids rub chalk in it. The result – colored salt which they could then layer in the bottles. One of the reasons this is so cool, as any parent knows, it that it takes them more time to do it. When the boys were little (and Matt and I were completely exhausted due to sleep deprivation and diaper changing), we would look for what we called “HELEAS” [“High Entertainment, (for the kids) Low Energy (for us) Activities]. This would fit that description – pour the salt and you’re done! 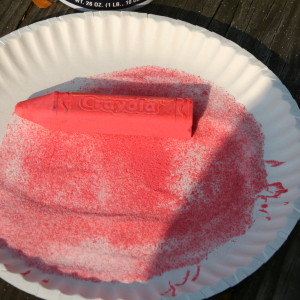 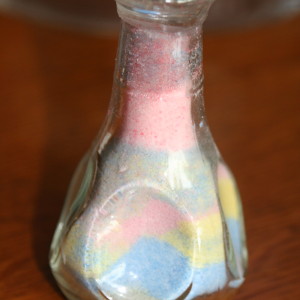 PS. I have no idea why – but some of the photos show up correctly on the website but then the wrong direction on Facebook. Sorry!

I called Matt and said to prepare himself because we were coming back AND we were moving some of our stuff onto the boat. I think he was glad because he kept saying how much he missed us.

The house was pretty full during much of our stay. My 71-year-old mother had signed up for two kids from the Fresh Air Fund (11-12 year-old girls from NYC) and also had a previous Fresh Air Fund child with whom she had stayed in touch through the years (now 25 years old) coming to visit with her 6-year old daughter. We grew up having kids at our house during the summers and it was always fun to watch their reaction to things. Upon seeing a deer for the first time, one of the older girls exclaimed, “Look – a deer escaped from the zoo!” They were amazed when 7 of them showed up in our backyard. The kids also went fishing, caught small turtles, went to a farm and visited a wolf preserve that had wolves, bobcats and foxes. 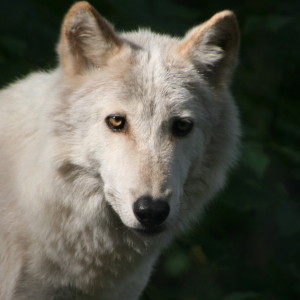 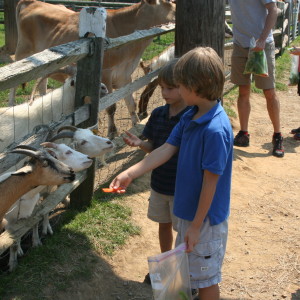 The ride down from NH to NJ was much better than the ride up from NJ to NH. On that leg of the trip, my mom was excited to try a new route (she gets bored easily and tries to inject as much chaos into her life – and the lives of those around her – as she can). As soon as I heard the words George Washington Bridge and NYC, I should have declined. The trip, which should have taken about 5-6 hours, ended up taking 8.5 hours. I was ready to either cry or jump out of the window (and yes, I was the one driving). The ride back down to NJ was much more scenic and relaxing. My sister had made key lime tarts (with a vegan one for me) and had given them to me for the trip. I distributed them about halfway through. The boys were thrilled because their main sugar rush is getting ice cream on Sundays. Malachi inhaled his and then said to me, “I love the filling – can I have some of yours?” I said no and gave a brief lecture on savoring things and not eating them too quickly. In the meantime, Joshua had asked for Malachi’s bowl and had given him part of his own pie filling. As I hear a surprised Malachi say, “Thank you so much Joshua!” I reflect on what just happened. I taught my child a lesson in stinginess and a lack of abundance (can I claim a ‘sugar management’ defense? No, actually, not really – the reality is that I didn’t want to share) while his brother taught him (and me) about generosity. Watching children, I’ve often thought that we are born perfectly evolved and then spend much of our life regressing (or maybe it’s just me?). Maybe that is the purpose of being around children – they teach adults to be better human beings.