All I can say is that I love this place – few inhabitants, lots of natural beauty, an overwhelming feeling of peace and serenity. Yesterday, we used the marina’s bikes (they even had two kids’ bikes) and biked all over the island’s trails which go along the coast and then cross inland through the woods to the opposite coast. We went to the Georgia Sea Turtle Center and saw injured sea turtles that are being rehabilitated, watched them feed a baby hatchling, and saw the medical team repairing turtles’ shells cracked by motor boats. We even ‘adopted’ one which means we’ll get a photo and monthly updates. The boys also got twin stuffed animal turtles and have yet to put them down. We planned to leave early this morning but Matt is almost immobile with neck and back pain. The boys and I had a similar day today – riding to the beach, the playground and playing miniature golf. It’s been an amazing day – one of those experiences where, while in it, you almost feel as though you are in a movie. 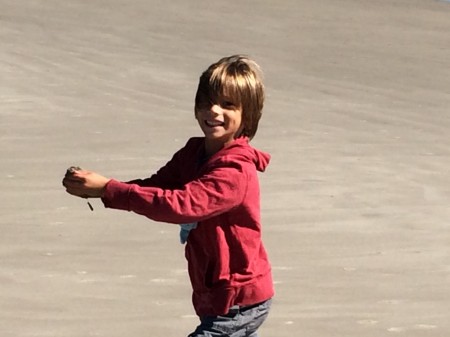 I can’t believe tomorrow is March 1. We were one of the last stragglers to leave Annapolis in October but all the other stragglers have long since been in FL or the islands so now it’s just us. We pass almost no one, save for a few tugs and fishing boats. Although I jokingly told Matt that soon we will see people returning north, we met a couple yesterday who are doing exactly that. Matt looked at me, exasperated, and said, “What are we doing again and why?” I think it was more of an existential rather than a pragmatic question. I’m not sure that I really have an answer. It occasionally feels like we are in a reality show that we don’t know about. Although I did love what one of my friends said today when I spoke to her on the phone … “My energy is following you and carrying an empty suitcase.”

I’m pleased to report that, almost three months after arriving in SC, we finally made it to another state … Georgia! After having a mechanic check out the engine (the noise may have been a loose bolt rattling), we left Beaufort, SC on 2/22 amid perfectly glassy waters and arrived at Isle of Hope (the name is definitely a good sign) near Savannah, GA. 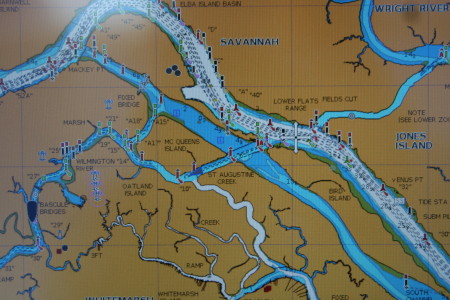 Matt took a 2-hour train ride back up to Charleston to pick up the van and brought it down to the marina. We left Isle of Hope on 2/24, stayed a night at another (very rustic) marina and then anchored out on 2/25. After watching a beautiful sunset, we had dinner and then laid on the deck to look at the stars. 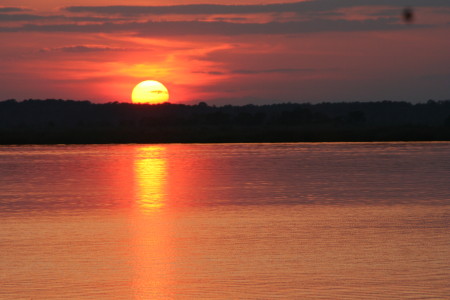 No civilization around and a pitch-black clear night equals an amazing display of brilliant constellations. Joshua said he wanted to choose a star for himself but didn’t know how to decide.

We left the Charleston Boatyard on Valentine’s Day and got 2 hours south to the Charleston City Marina where we waited for mail and saw the town (the boys playing on the largest bumpers we’ve ever seen). 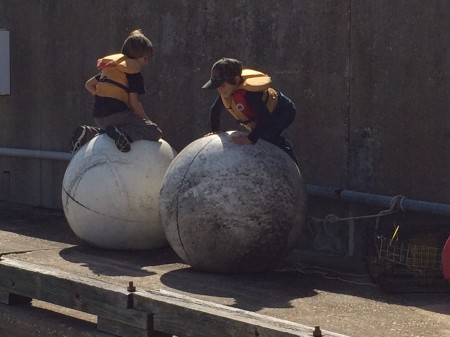 On Tuesday (2/18) we arrived at Bohicket and then headed to Beaufort, SC on Wednesday. The engine started making some odd sounds again so we are here until we figure out what is going on (sound of hair being pulled out). This morning Matt is calling mechanics and boatyards to see the best next steps. At least the engine is still under warrantee. We talked about selling the boat and buying an RV but then decided we want nothing mechanical. So we may just get a covered wagon and a set of mules – and may actually make faster progress.

Yesterday was fun – the boys and I made bread on the boat for the first time (learning math and measurement). After we docked, we took a carriage ride through Beaufort, walked up to the cemetery and saw thousands of Civil War graves, played catch with a new friend in the park and then had dinner out. There is nothing like being in a cemetery to remind you of your mortality and the things you still want to do… 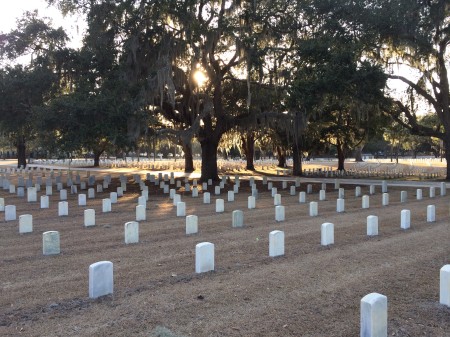 It has been a while since I posted anything, mostly because I had a work trip back to frigid Cleveland for a student’s dissertation defense (she passed with flying colors). It was a quick trip – the only non-Case friend I saw was a chance meeting with my soul-sister at a restaurant (we are planning a longer family visit to Cleveland in early May to catch up with all our friends). My mom met me there so it was great bonding time. She is one of those rare birds with whom, after interacting, you depart uplifted and in a lighter spirit – and not just because there has been so much laughter. The timing was great – there was a pre-arrival snowstorm, a snowstorm while we were there, and another expected right after our departure. 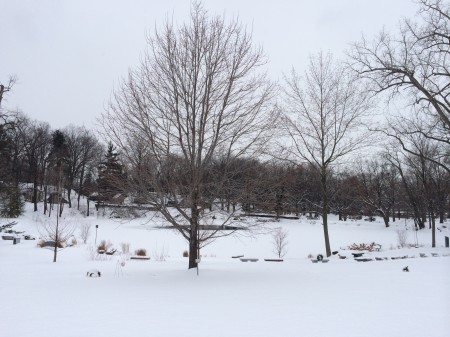 It was minus ten the day we left – finding sand dollars on the beach in 40-degree weather is more fun than having my fingers lose feeling in subzero temps. 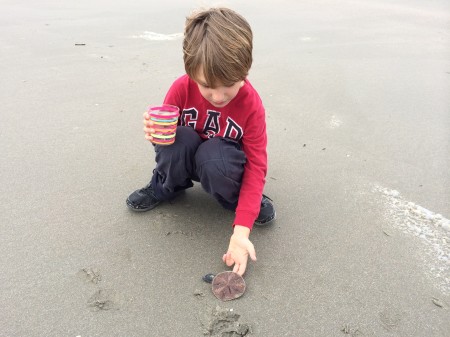 Back in SC, Matt and the boys greeted me at the airport with balloons and flowers – I’m not sure if it was affection or Matt’s relief that his solo parenting duties had ended (well, not quite. I attended an all-day boat safety course the next day in which I learned all of the possible ways we could die while at sea). The biggest news is that the engine finally seems to be fixed (fingers crossed)! Basically, the boatyard in Mt. Pleasant re-did all of the work done in Georgetown (which we now view as a donation rather than a payment). We took the boat out for a sea trial on Sunday to get a second opinion from a non-vested expert; he said everything sounds as it should (forgive us if we are getting skeptical and less trusting). Another ice storm is expected so, rather than leaving this morning as planned, we are able to stay in the rental condo until Friday morning at which time we will be heading down to Charleston proper. From there, warmer weather awaits (we hope) down south! 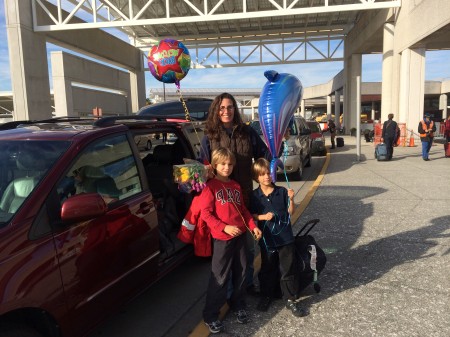