Our days are filled with the usual necessities (homeschooling, hauling 20 lbs of ice for the ice box, groceries, laundry, dishes, other errands). The boys are swimming every day and getting better. We sometimes bike to the beach to look for shells. We saw an adorable sea turtle and a large blue crab in the marina. 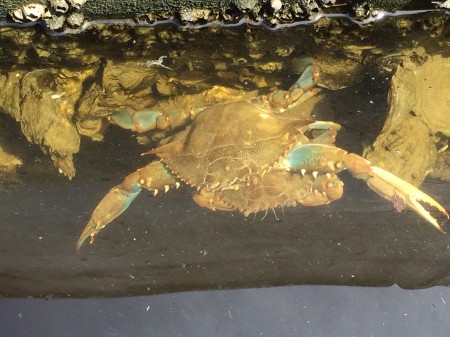 Last weekend, Matt took the boys to see his mom about 3 hours south so I had a blissful few days of quiet all to myself. I’m not sure I spoke to another human being the whole time they were gone. Then it was just me with the boys while Matt drove up to Atlanta, GA with his mom to attend a military memorial service for his grandfather. After doing school, chores, some swimming and lots of errands, we went to the library. I had signed Joshua up for a program called PAWS where beginning readers sit and read to dogs. 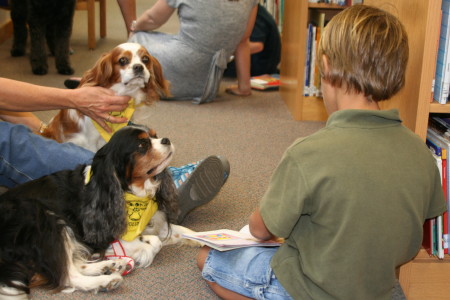 It was getting late and we were all tired so I decided to just eat out with the boys. When we finished, I told them to get their things together (mostly Legos) and that I was going to the restroom. When I came out, I saw them holding their toys and standing with the server who was frantically looking around. When she saw me, she said, “Oh, thank God! They told me that you had left.” I looked at the boys. “What?” Malachi shrugged. “We thought you left.” I’m not even sure what to make of that, although I did meet a mom who said that one day she got in her car (sans children) and drove west for about 3 hours before finally turning around. She told me this and we both started laughing hysterically. The thing is, having children turns you into a human rubber band. Despite everyone occasionally having thoughts of escape (to join a circus, become a rock star, a Sherpa or whatever) sometimes they are exactly who you want to escape to. Always waiting, always there with a cheerful “Hi Mom!”