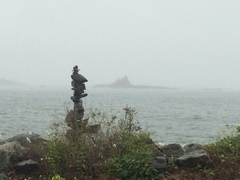 Although the original plan was to cross the Atlantic and get to Europe, the new plan is to spend the winter in the Caribbean. Once we’ve had some sun and sand and relaxed for a while, we will feel like we did what we set out to do and will be ready to end the trip. Our rough agenda is that we will spend time in the British Virgin Islands (BVIs) and then in the Bahamas. We’d like to just anchor somewhere rather than cruise all over (we’ve had enough movement over the past year). Another big decision we made is to hire a captain and crew to get the boat from Newport, RI to Bermuda, and then from Bermuda to the BVIs. A lot of owners fly down but Matt will be making the passage with the crew (the boys and I will wait in the US and then fly down to meet him once the boat arrives. And please know that I am not at all disappointed to be sitting out that leg of the trip. ‘Relieved’ is a good word. Or maybe ‘thrilled’). 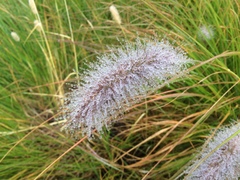 We are in NH for another five days waiting for the seas to calm down and for good winds. Much of that time is spent planning what needs to get done next. The marina has a courtesy car so we’re able to re-provision as needed and get around. Finding a captain is the next big priority. Matt had briefly spoken to two potentials – one in Beaufort, NC and one in Maine. I offered to write an in-depth list of interview questions (frankly, the only part of my formal training that has been at all useful on this trip) so Matt could compare the captains. After these more in-depth interviews, he flipped in preference and now strongly preferred the captain in Maine (I’ll call him Captain Ron). Although we had planned to leave from Beaufort, NC [because it shortens the time crossing the Gulf Stream (potentially the hairiest part of the voyage and where the most extreme weather occurs)], Matt now reconsiders that decision. Leaving from Newport, RI would save us from having to move the boat all the way back down the coast and enables us to use that time to get the boat ready (hurricane season ends Nov 1).

During our ‘office time’ at the Portsmouth library, we are both hunched in front of my laptop checking out the captain’s website. There is a large black & white photo of a salty older man at the boat’s helm during a storm. Across the top of the page, in large letters, are the words “VISIONARY   ADVENTURER    STORYTELLER.” I frown slightly and glance at Matt. “Visionary?” I ask. “Isn’t that a label generally assigned by others?” We peruse his page further. It turns out he had previously owned a Lord Nelson (our boat’s make) but that it had sunk after surviving two previous hurricanes. This captain had actually been through three of them. It looked like he was writing about his experiences and hoping for a book contract. “I’m not sure,” I say to Matt. “Do you really want an ‘adventurous storyteller’ at the helm? Maybe he’s one of those no-fear nuts who seek out danger just to get a good story. Are you sure you want to be the final chapter in the book?” I’m still on-the-fence about him. Matt decides to check references and continue conversations.