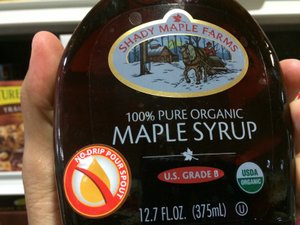 We will be heading to the Bahamas, with stops in Culebra (a Spanish virgin island), Puerto Rico, the Dominican Republic, and Turks & Caicos on the way. If we sailed continuously doing overnights Matt estimates it would take about six days. There are so many cool places on the way that we plan to meander our way west and expect it will take about 3 weeks. Matt’s mom and sister already have flights scheduled to meet us in the Bahamas on March 10 so we do have some time constraints.

We provisioned and were all ready to go and then … the dinghy engine died permanently. We just can’t continue without a functioning engine so we stayed in Crown Bay Marina for two nights because it’s right near the dealership and we needed water, fuel, laundry, etc. We rowed the dinghy over and left it for repairs. It’s working ‘ok’ but is still behaving like a temperamental two-year-old – threatening to stop whenever it wants. Yamaha wants to install a new carburetor so … we’re just waiting. It will take about a week for it to be shipped in and fixed so we can go. Hence, we are in a holding pattern. Sometimes holding patterns can be comforting, sometimes frustrating, sometimes they serve as a resting place, sometimes they actually lead to new options. It was frustrating at first – we went to a Honeymoon Bay but it’s crowded, loud and we’re kind of ‘done’ here and just want to get going. We thought about exploring another small island but the anchoring was iffy. We finally realized we could just explore St. Thomas on foot so we did that Friday and it felt great to be off the boat.

Because of the unexpected delay, we started reconsidering other things. We had promised Malachi we would see a volcano on this trip and he’s really been looking forward to it. We had decided on Montserrat. The few flights from the BVI never coincided with the helicopter tours that fly near the volcano so we had planned to try and go from Puerto Rico. We realized there are workable flights from St. Thomas. So … in the space of two hours Matt booked us flights to Antigua and a hotel there as well as the helicopter tour. Because the boys and I were doing school at the same time, I jotted down the various costs and made up a word problem for Malachi: How much does it cost for a family of four to go see a volcano? His eyes bug out when he calculates the total cost and he looks at me worriedly, “Are you sure we should do this?” he asks. I nod. Matt feels it’s important for the boys to see we prioritize their dreams as much as our own. He cannot comprehend the dollar amount and continues to stare at his piece of paper. “It’s good to save money but it’s also good to use it for adventures,” I tell him. He nods but continues to look uncertain. He comprehends the value of certain toys but large amounts of money are somewhat meaningless. To give him context, I lean over and whisper, “That would buy a lot of Legos.” We start laughing together. “A lot of Legos,” he agrees.