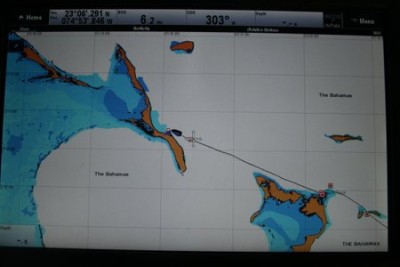 [Getting wi-fi has been a struggle]. We get into the Flying Fish Marina at 8 am and fuel up. Customs will be here in an hour and we are instructed to wait on the boat. An hour passes. The marina person comes down and says customs will arrive at 1 pm. Matt goes to sleep in the V-berth while the boys and I do school. At 11:30 am, the marina tells us that customs won’t be here until tomorrow and that we can do whatever we want (I love these types of flexible rules). We rent a car and head to Dean’s Blue Hole. It is the

deepest blue hole in the world. Set in stunning crystal clear water of just a few feet, it suddenly plunges to 663 feet. I tell Matt that if this is the only cool thing we see in the entire Bahamas, it will have been worth the trip.

In the afternoon, we shower and do laundry. There is a water conservation program so there is a slow drip from 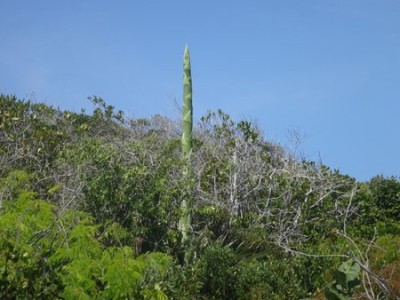 Possibly the largest asparagus stalk in the world.

the showers and sometimes they just stop completely. The faucets on the dock are padlocked and water costs 20 cents per gallon. Marina docks are generally interesting places. Up until this point, I’ve been comforted by telling myself that sharks don’t go in less than 10 feet of water (where I got this idea, I don’t know). They’re here in barely 3 feet of water, dorsal fins poking up through the surface, to feed on the fish scraps and carcasses thrown in by the deep sea fishing boats. We see nurse sharks and rays, but there are also bull sharks, lemon sharks and tiger sharks. A bystander says he once counted 40 sharks in this one small area. The boys are leaning over the dock so I warn them to be 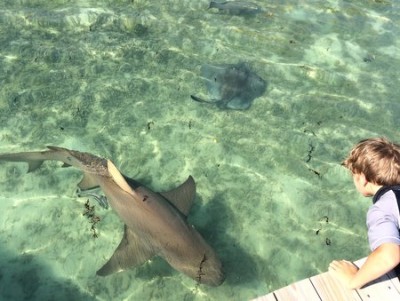 Sharks in the marina

careful. Bloody fish carcasses, hungry sharks and small boy bodies would not be a good mix.

Our plan was to leave early in the morning but customs won’t be here until later. The boys and I get off the boat in the morning and walk to see Saints Peter and Paul Church. It’s locked but the groundskeeper lets us in. After admiring the rustic and simple church, we walk back down the hill and pass the government packing 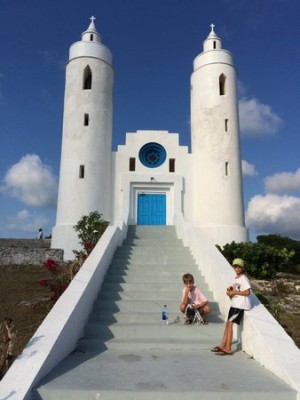 building. We are told it’s a place to get produce on Tuesdays and Wednesdays. Someone drives a truck around the island collecting fruit and vegetables from the farmers. They pack it here and ship it to Nassau. I survey my choices and, once again, give thanks for U.S. produce sections. There are 10 coconuts, 6 papayas, 2 green tomatoes and piles and piles of bananas and plantains. We buy some of everything and walk back to the marina. When we arrive, Matt is on the dock talking to the Norwegians and other boaters. The boys and I go below to make a late breakfast. As I’m cooking, I hear a huge splash. I can tell from the sound that it’s a human and somehow I know it’s not either of the Norwegians. I run up with my phone and there’s Matt, floating

Getting some produce, Malachi with his rope inspecting bananas

down among the pilings in the shark-infested marina water. He quickly hands up his wallet, phone and keys. Trond tells him he lost his glasses and hands him a snorkel mask. We are all laughing as we try to give him instructions (at the same time, someone else jokingly suggests I put my phone on video rather than camera). Matt puts it on just as one of the guys on the dock yells that he better get out of there because of the sharks. Everyone scans the area, which is difficult because sharks are often under boats. We see his glasses from above and he dives down to grab them. The fishing boat lowers its swim 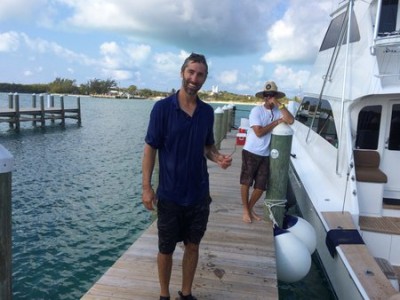 platform and Matt finally scrambles out of the water. The guys on the boat say it’s the first time they haven’t seen a shark close by. They then go on to say that the island guy who works on propellers refuses to get in the water in this marina because of the sharks. Once I’ve handed Matt his shower things, I go below and look up the kinds of sharks in the reef book. Besides the nurse sharks, the ones here are all considered ‘aggressive’ and ‘dangerous’ or ‘quite dangerous.’ Later, when I’m down below, I overhear the guys on the fishing boat across from us. One of them says, “I still can’t believe the sharks didn’t get him.” Maybe I should change Matt’s Viking name to Matthew the Lucky. 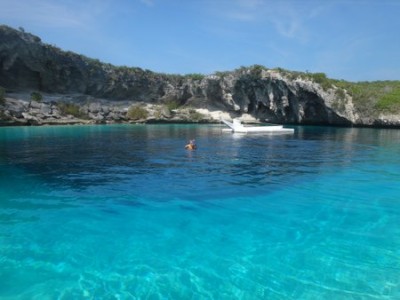 Malachi, floating above the blue hole

We don’t finish with customs until 10:30 am and it’s kind of late to leave. We head back to the Blue Hole with Trond and Karolina. Matt wedges in the back with all of our gear. It’s more crowded today and the world record holder for a deep dive (William) is there practicing. He gets as much air as he can and seems to meditate before he dives. We get to talk to him after his dive and ask him questions. His record is 101 meters. He goes down 97 meters while we are there. Three others have died here, at least one trying to beat his 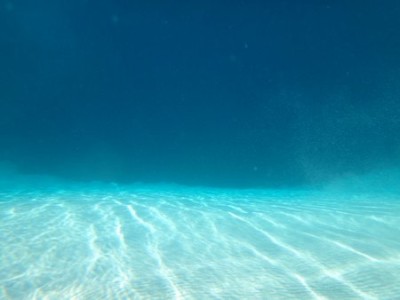 record. We return the car and then sit on deck looking at charts with Trond & Karolina, eating coconut and planning our next move. Trond is trying to get to Miami by April 10th to meet family.

The next morning, we leave Clarence Town at 8:15 am with the Norwegians. The waves are rougher and the winds are higher but at least we are able to sail. Malachi, the bellwether of the family, throws up at 10 am. Not a 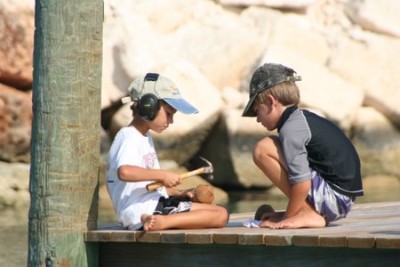 good sign. It’s a long sail and everyone is queasy for most of it. We anchor at Cape Santa Maria on the northern tip of Long Island at 6 pm. It’s a rolly night so we plan to leave again in the morning. The good news is that tomorrow’s sail is probably the last of the rough ones for a while. For most of the remaining sails, we should be in the shelter of the islands (or maybe this is just what Matt tells me to keep me from jumping overboard).