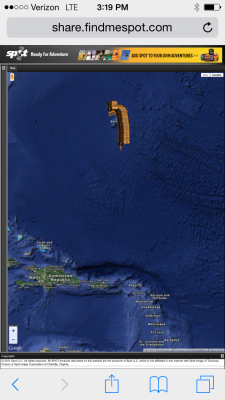 Heading to the BVIs

“You’re a frickin’ great sailor!” These are the first words Matt says to me when he calls from the satellite phone out in the ocean. He said the sat phone was only for emergencies so it’s nice that he’s just calling to talk. The drama at sea continues. No one has been tossed overboard yet but it might be getting close. The upside of it all is that Matt’s estimation of my sailing skills has skyrocketed. In comparison to the current crew, I seem like a female version of Hal Roth. I knew something good would come of it all. 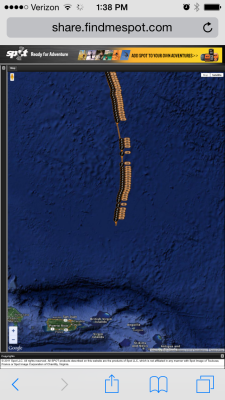 The boys and I are still in NH with my sister. What was supposed to be a 2-3 day visit has become indefinite. It is cruel and unusual punishment for anyone to try and manage a household and two young children while also handling 2-month-old twins. Instead of relaxing in the Poconos, we will stay here and then take a train from Boston to Newark the day before we fly out (11/26). We scour Care.com and SitterCity.com looking for full-time mother’s helper candidates. In the meantime I fulfill that role for 14 hours a day, largely leaving the boys on their own. She asks me to do a major stock-up from Whole Foods. I take her 3-year-old with me. She is in the kitchen when I get back. I begin putting groceries away but then get sidetracked by interviewing another candidate, loading the 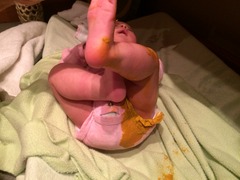 And this was AFTER it got cleaned off her leg. They’re so cute – and yet so gross.

dishwasher and taking snacks outside for the boys and their cousins. She re-enters the kitchen and sees the remaining groceries still in bags. “You’re still not finished putting these away?” she asks. “You know,” I tell her, “you really need to assume that the mother’s helper is working as hard as you are. Otherwise it’s very demotivating. Particularly for a volunteer,” I add. We both laugh. It feels good to be doing this for her.