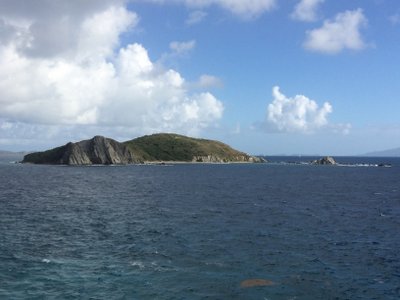 We keep our mooring ball at Peter Island but tie the kayak to it so no one else takes it. Our plan is to sail up to Salt Island to view the wreck of the Royal Mail Steamer Rhone. Right outside of Great Harbour is Dead Man’s Chest – an island supposedly in the shape of a coffin when viewed from the northwest (hence the name). The infamous pirate Blackbeard allegedly left 15 men there with nothing more than a bottle of rum. Some tried to swim the ½ mile to Peter’s Island but didn’t make it. 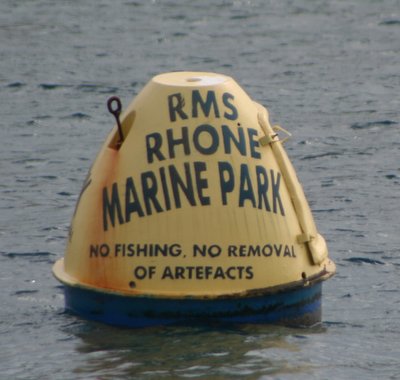 We sail up to Salt Island and grab a day mooring ball. The water is perfectly clear and the snorkeling is amazing. In 1867, the 310-foot RMS Rhone was struck by a hurricane. She was trying to leave the Sir Francis Drake Channel to get to open water when the hurricane pushed her onto the rocks at Salt Island. She broke in two and immediately sank, taking almost the entire crew with her. It’s in 20-80 feet of water and a little freaky to see it. I 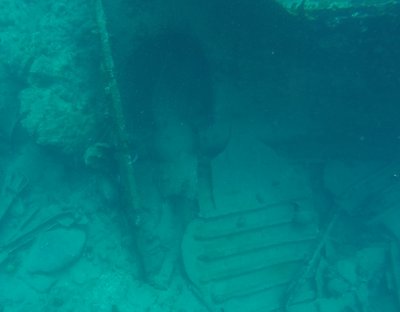 The massive propeller (the anchor, which they lost off Peter Island, weighed 3,000 lbs)

spot the giant propeller and the prop shaft that run along the bottom of this huge ship and point them out to Matt and the boys (unfortunately, my GoPro camera makes it look much further away and murkier than it was). It’s an odd juxtaposition to see the wreckage of so many past lives while beautiful fish swim through it. It’s as if they’re saying, Life goes on, man. 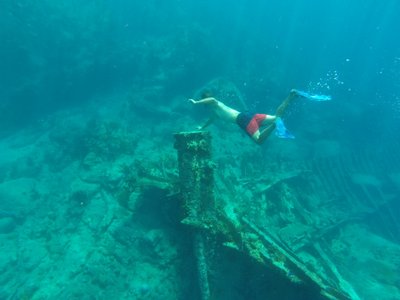 Matt, touching a piece of history

After snorkeling and lunch, we sail back to Peter Island. This has been an ideal spot for us. Arguably, one could stay here forever as there is a boat named Deliverance that comes around every few days to collect money for garbage and offer supplies such as ice, bread and fruit. For the partyers, it also functions as a fully stocked floating bar. It’s 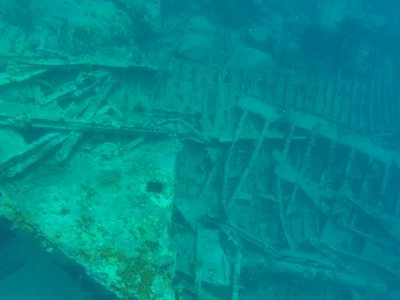 The wreck of the RMS Rhone

been a quiet place which is a nice change from the many bar/party scene anchorages and I don’t want to leave. Alas, the winds are changing and the island of Anegada beckons. In a few days, there are some southeasterly winds that will allow us to sail straight up there. It is the furthest island from the group and, depending on the direction of the wind, can take up to a full day to get there. BVI law only allows us to be here for a month at a time and our stay here is almost up. We decide to leave the BVI a few days early so we can re-enter in time to catch the winds.