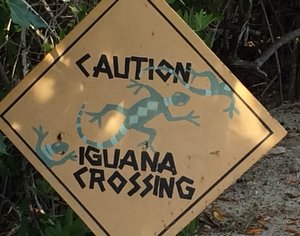 We leave Anegada Sunday morning at 7:30 in very light winds. They’re so light that we put up the mainsail while still on the mooring ball but are ready to let it fly if we get pushed near the reefs on either side of the channel. We float along slowly at 2 ½ knots (the winds are less than 5). The boys wrestle on deck while I make French toast below. Matt comes down below, and in those few moments, the boys unknowingly knock a small blue cushion overboard. Matt doesn’t realize it until later and, because litter makes us crazy, he goes a little ballistic. We use the binocs but can’t see it anywhere. Matt comes down and says he feels badly and wishes he had reacted differently with the boys. 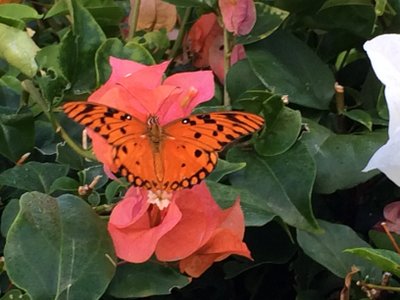 “So tell them that,” I say, “And re-do it. That will mend it.” This is something we stumbled upon a few years ago. I don’t remember the specifics of the situation but it was something along the lines of a long work day plus unexpected dinner prep-putting boys to bed-laundry-house clean-up-more work while Matt was going to watch a game. Instead of gratitude, he came home and gave me flack about something undone. In my usual graceful manner, I flipped out. He looked at me, apologized and asked if he could ‘try that again.’ I nodded, waiting with arms crossed. 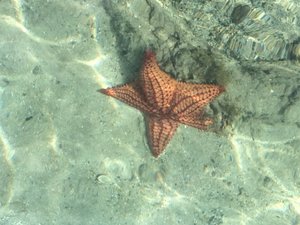 He literally walked out the door, came in again and greeted me with a big hug and a thank you for all I had done and then mildly brought up x issue. My response was completely different. Re-doing it is useful because, in addition to the apology, you are left remembering positive actions rather than negative ones. It’s a second chance to be your higher self. And the boys appreciate the effort. They are at that unfortunate age where Matt and I actually have to try and be better human beings. 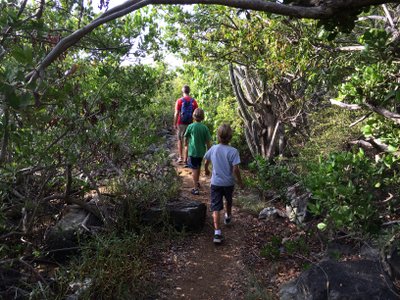 We arrive at Tortola and anchor in the North Sound near Biras Resort. There is a mangrove path along the water that curves along the island for about 20 minutes before arriving at the Bitter End Yacht Club. We go there in search of ice cream. A free shuttle boat goes back and forth to Saba Rock. Although it’s late afternoon, we decide to chance it. Minutes after we arrive, there is a 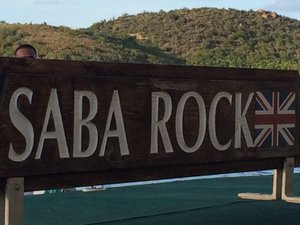 feeding of the tarpon fish. They are about 5 feet long and there are at least 15 of them. The guide holds pieces of mahi over the dock and they jump up to get it. The boys have been wanting to see a moray eel while snorkeling and thus far have been disappointed. There is a large stone tank billed as a museum. It has pieces of The Rhone as well as a lionfish, sea cucumbers, lobsters, various varieties of fish, and 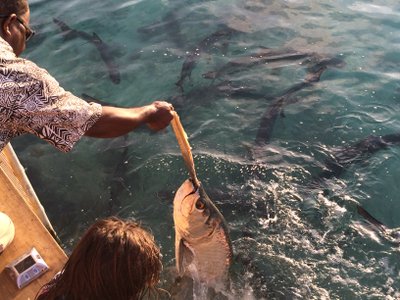 … a moray eel. After walking around, we get the shuttle back to the Bitter End and get ice cream at the provisions store (there is no ice cream place at the Bitter End or at Saba Rock so, if you are looking to toss your current life and live in the islands, here is your business opportunity. Think about it – it’s got to be 85 or 90 degrees down here and there are tourists just looking for 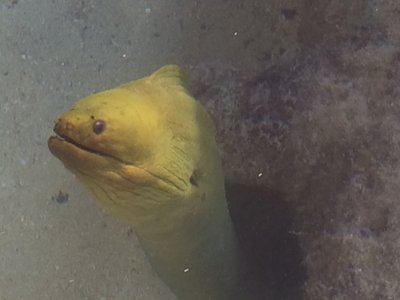 ways to spend their cash. Plus, the cruising community can only justify drinking so early in the afternoon. Mix up a homemade batch of rum raisin and you’ve hit gold).

The next morning we get off the boat early to hike one of the many trails that cover the island. The area around the dinghy dock is covered with sea life. Buried in the sand, we see a sting ray

that is at least 20 inches across and 3 feet long. We take the Orchid Trail and every few yards a snake slithers off into the grasses and cacti on either side (harmless, the equivalent of a garter snake). We see any number of hermit crabs, including one that is at least 4 or 5 inches across. At the top we take the Guys Trail and cross to the other side of the island and have a great view 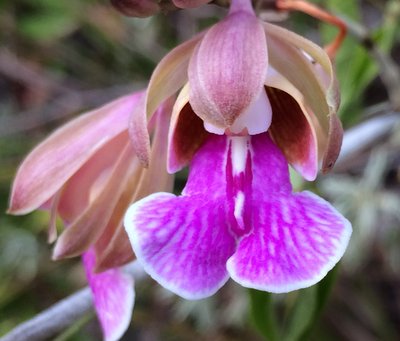 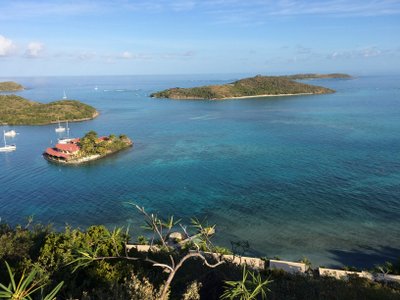 Saba Rock is the tiny island with the red-roofed hotel

We are about 300 feet up but, because the water is so clear, we can see three rays on the Atlantic side moving along the bottom of the water. It’s amazing. After our hike, we head back to the boat and motor to the south side of Great Dog Island to go snorkeling. The water is super clear and we see tons of fish – squirrel fish, parrot fish, and others I can’t identify. On the way back, two barracuda swim five feet away from 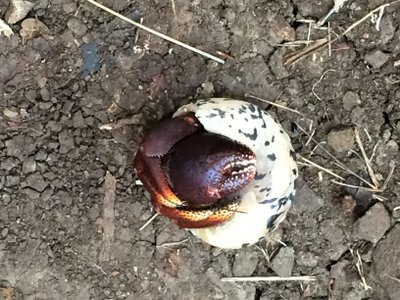 Joshua and me. We spend the night at Virgin Gorda Yacht Harbor because our dinghy engine is behaving questionably. In the morning, we spend two hours walking to Coppermine Point, the site of the ruins of a copper mine. In the afternoon, we head back to Great Dog to snorkel The Chimney which has an underwater arch. It’s murky and rolly and the arch is not quite as impressive as in the guide book photos. 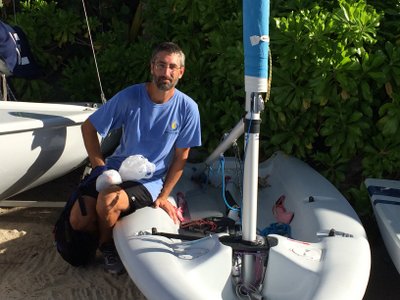 The Bitter End rents watercraft; Matt with his first sailboat

We leave The Dogs and debate about where to go next. Back to Peter Island, which we know? On to Norman, which we don’t? Check out the marina in Nanny Cay? We debate the pros and cons of each and what we are trying to accomplish – more sightseeing or some boat projects that need attention? So many variables, so many choices. Matt finally bursts out with “I’m feeling claustrophobic in my freedom!” I get what he’s saying. Externally 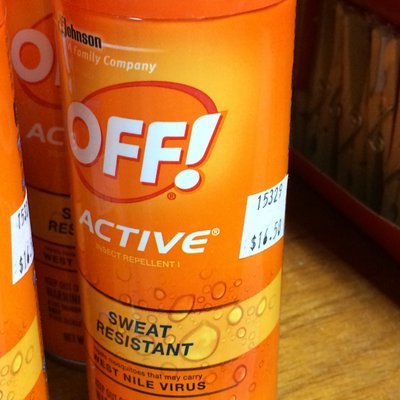 imposed structure can be comforting. We are feeling the passage of time and know that our time in the BVI is coming to an end so we decide to press on to Norman Island.